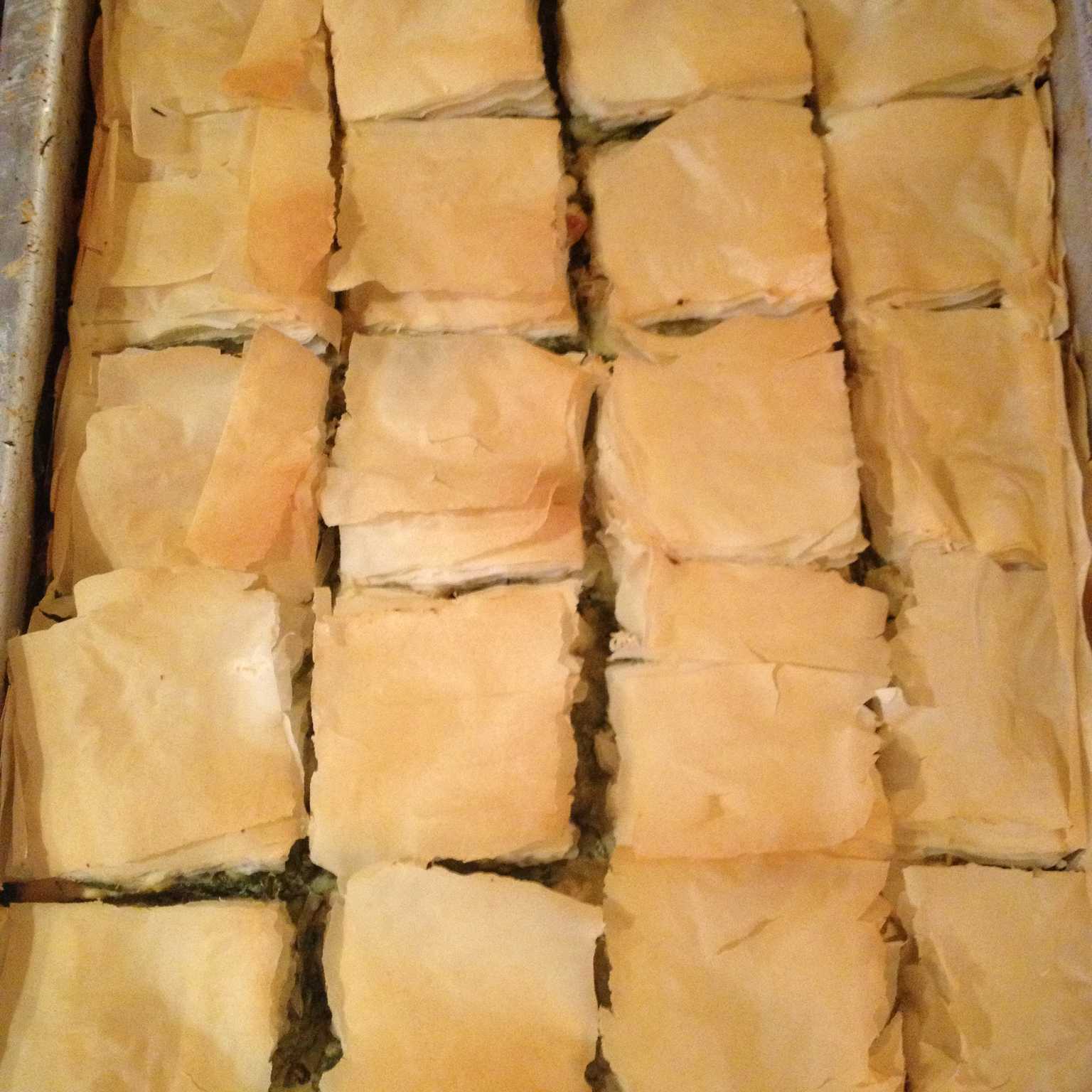 Chop onion. Sautee onion in ¼ cup canola oil until translucent, but not brown. At last second, throw in large bunch of chopped dill.

Dump all oil/onions/dill over spinach while hot. Mix together. Break up feta into large chunks and mix into spinach so that all leaves are coated evenly.

Lightly whisk egg in a separate bowl to break yolk, then dump over spinach mixture and combine all ingredients together with hands.

Pour remaining canola oil into a small dish. Using a pastry brush, coat all edges of a rectangular pan (about the same length/width of a filo sheet) with oil.

Roll filo out on a damp towel and cover with another damp towel. Flip first sheet over using towel and place on bottom of pan. Brush the filo with oil. Repeat with about 10 sheets on the bottom. Dump spinach mixture into pan and spread evenly. Cover mixture with about ten more sheets (should end up using the entire filo roll), brushing each sheet with oil in between. Using a sharp knife, cut into filo to make even square pieces.

Bake at 350 for 1 hour. May need to cover with foil for a bit so that it cooks through without burning. The filo should be golden brown when done.

Can be served hot or cold.

The best way to share recipes with family and friends.